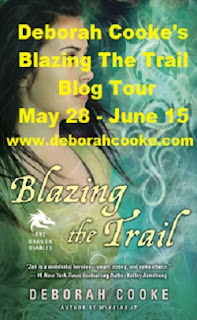 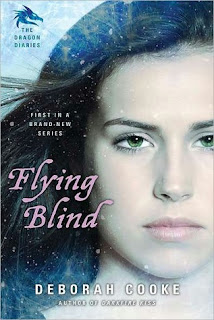 "Flying Blind" - Book 1
Zoë Sorensson is perfectly normal – well, as normal as a girl with an obsession with drawing dragons can be. The thing is that she’s always been told she’s special and destined for great things. It’s not just because of her good grades, either. Zoë’s the Wyvern, the one female dragon shapeshifter with special powers. But Zoë is at the bottom of the class when it comes to being Pyr and her powers are AWOL. Worse, there’s no reference book to consult and the last Wyvern is dead…
Everything changes when Zoë’s best friend is bullied and Zoë reacts. Before she can blink twice, her inner dragon is loose, she’s suspended from school and headed to a boot camp for thePyr guys she’s known all her life. But soon she’s doubting her powers—and even some of her friendships.
Zoë quickly realizes that she has to master her powers yesterday - the Pyr are in danger and boot camp is a trap. The Mages want to eliminate all shifters and the Pyr are next in line—unless Zoë and her friends can solve the riddle, work together and save their own kind…
Buy Links:  Amazon / Amazon UK / Barnes & Noble /IndieBound 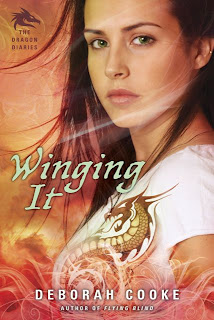 "Winging It" - Book 2
Zoë Sorensson yearns to come into her powers as the only female dragon shifter. But being part of two worlds is more complicated than she expected. It’s bad enough that she’s the target of the Mages’ plan to eliminate all shifters—she also has to hide her true nature from her best friend Megan, a human. For her sixteenth birthday, all Zoë wants is one normal day, including a tattoo and a chance to see hot rocker Jared.
Instead, the Pyr throw her a birthday party but ban Megan from attendance, putting Zoë in a tight spot. Things get even worse when Zoe is invited to the popular kids’ Halloween party and Megan’s left out. Zoë knows the party is a trap laid by the host, an apprentice Mage. When Megan gets a last-minute invite, Zoë must save the day—and her best friend—without revealing her fire-breathing secrets…
Buy Links:  Amazon / Amazon UK / Barnes & Noble /IndieBound 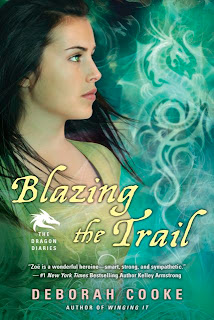 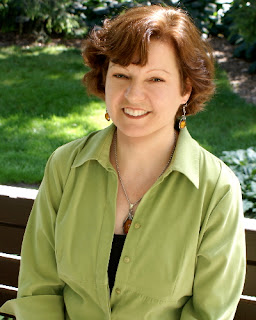 *****GIVEAWAY*****
Deborah has generously offered up a paperback of Blazing The Trail to one lucky winner. This giveaway is open to all. So International is welcomed. Just fill out the rafflecopter below and answer the question Deborah asked located in white to be entered.
a Rafflecopter giveaway

Posted by lindsey hutchison @ United By Books at 12:02 AM 21 comments: 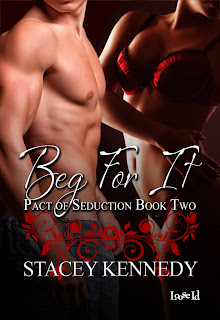 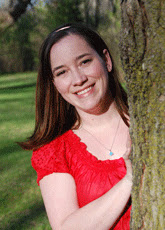 Stacey welcomes comments from readers. You can find her at www.staceykennedy.com.
Website | Blog | Facebook |Twitter | Goodreads | Amazon Author Page
Posted by lindsey hutchison @ United By Books at 12:01 AM No comments:

Thanks again to Ella James for Visiting United By Books. It was a pleasure to have you on. Now to announce the winner a big ...........

Congrats to Debi Anne you won the eBook of HERE.....I will just need you to confirm your email address.
I will be emailing you shortly if you see this before I send you the email go ahead and shoot me a email to Lindseyhutchison605 (at) gmail (dot) com.
If you didn't win this time around no worries....more giveaways will be coming up in the near future......
Posted by lindsey hutchison @ United By Books at 12:00 AM No comments:

I want to first thank Donya Lynne for taking over the blog and for giving away Rise of the Fallen. I have to say i loved this book and the lucky winner is in for a real treat. So lets give a big .......


Linda T. you won Rise of the Fallen eBook....I will be contacting you shortly to confirm your email before sending it to the author.

If you see this before I send the email feel free to email me at Lindseyhutchison605 (at) gmail (dot) com
Posted by lindsey hutchison @ United By Books at 12:02 AM No comments:

Email ThisBlogThis!Share to TwitterShare to FacebookShare to Pinterest
Labels: Donya Lynne, Rise of the Fallen, Winner

Day seven was the final day with books I bought. So I want to thank every one for partaking in the event of the week. Lots of winners have been announced. Those who didn't win there is no worries i have lots of  stuff happening in June so there is always a chance. Now I will announce the last of the blogversary winners with a big .....

Posted by lindsey hutchison @ United By Books at 12:01 AM No comments:

I would like to Thank Kelly of  Books-N-Kisses as well as Jennilinh of  Bitten By Love Reviews  for donating in the celebrations of blogversary. Both are awesome friends and fellow bloggers. Also worth paying attention to their pages and blogs. I will now announce all three lucky winners.........

Posted by lindsey hutchison @ United By Books at 12:02 AM 1 comment:

Review for Peter and His Wolf by Linda Mooney 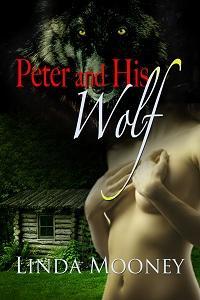 Title: Peter and his Wolf
Author: Linda Mooney
Description: Remember hearing the musical story by Prokofiev when you were in elementary school? About the boy who lived with his grandfather, and who captured a wolf by the tail? Did you ever wonder if the story was real? Did you ever wonder whatever happened to the wolf? More importantly, did you ever try to guess what happened to Peter after he captured the wolf?
This is the real story that was never told...until now.
My Thoughts: This book is, at 26 pages, a short read. Peter captures a wolf he keeps seeing. He is drawn back to see her one last time and is in for a surprise. I won't say too much since it's such a short read. I liked it, but it wasn't my favorite. I thought it was a bit rushed, but liked the concept. The coupling was hot and the ending was cute. I just wish it was longer to flesh it out a bit more. I will be looking into more of Mooney's work to see what else she has in store for us.
3 out of 5 stars
You can purchase it here:
Peter and His Wolf Kindle Edition
Costs: .99
Posted by lindsey hutchison @ United By Books at 12:01 AM No comments: