Beyond The Edge Blog Tour ~ Guest Post and Giveaway with Kallysten 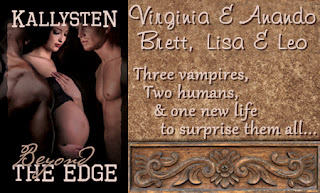 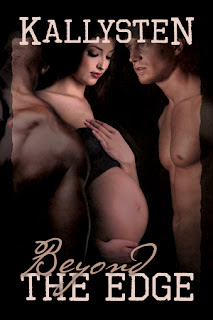 As Brett Andrews, owner of the famous club On The Edge, reaches the big ‘four-O,’ he has one request and one question for his two vampire lovers, Leo and Lisa: he doesn’t want them to organize any sort of celebration for him – but he does want to know why neither of them has ever mentioned the possibility of turning him into a vampire.


The question finds an answer, and the three of them share a promise for the year to come. His request, on the other hand, is doomed from the start as they already have plans for the big day: they have a gift for him to match presents he offered each of them, and the party they planned with help from a couple of friends promises to be something special.


Vampire Anando and his human lover Virginia met at On The Edge. They are friends and occasional lovers of Leo, Brett and Lisa. When asked, they gladly accept to host the big-bash birthday party – and the private after-party, too. A good time is had by all, but the last gift is only revealed a few weeks later, to be delivered after nine months.


With both humans in love with vampires, neither expected a child in their future. As for the vampires, they knew for a fact that they’d never become parents. For all five, once the first shock has passed, decisions have to be made. Will this new adventure strengthen bonds of love and friendship, or will it tear lives apart? 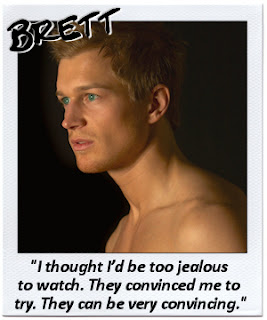 When Lindsey suggested I talk about the leading men of Beyond The Edge today, my first instinct was to pick one and focus on him. As I thought about it, though, I slowly came back to the idea of talking about all of them - I wouldn’t want to make any of them jealous! Here are all three: Brett and Leo, the heroes of the On The Edge series, and Anando, from the Out of the Box series.


Let me start with the human hero, Brett. He’s the owner of a successful club where vampires and humans meet openly, something important to him as he has two vampires in his life: Lisa, who created and owns the club with him, and Leo, one of their bartenders. Brett’s relationships have a tendency to grow deeper and more complicated than he first meant them to be.

When he met Lisa in Before The Edge, they agreed on a no strings attached, open relationship, but he ended up falling head over heels for her. Same thing when Lisa brought Leo to their bed for a night of exploration: one night in On The Edge turned into a lot more than that in Over The Edge and Walking The Edge, and Brett ended up offering both of them rings as symbols of his love.


In Living Out of the Box, the first time the On The Edge trio and the Out of the Box couple shared a night together, Brett was only supposed to watch, but he ended up right in the middle of things. Again in Beyond The Edge, his birthday party takes an unexpected turn and he finds himself the biological father to his friends’ child, much to his surprise. 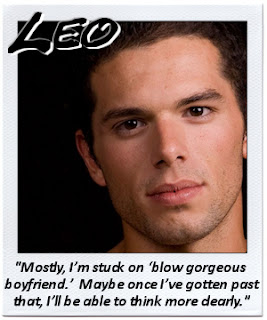 Brett’s vampire partner, Leo, was sired just days after Lisa by the same vampire who taught the two of them to kill in order to feed. While Lisa shook off the influence of their Sire early on, it was a lot more difficult for Leo, and for years he and Lisa were estranged.


When he comes across her again in On The Edge and she not only welcomes him into her life but also shares her lover, Brett, with him, he feels like he has finally found his place in the world. He doesn’t give up feeding from and sleeping with humans, but he now has limits to guide him: he doesn’t kill, and he asks for Brett’s approval before spending a night with anyone, as they agree on in Walking The Edge.


Taking occasional lovers, like when he joins Anando and Virginia for a night in Out of the Box and again in Living Out of the Box, doesn’t mean he loves Brett and Lisa any less, and all three of them are pretty good at separating what they have together from ‘games’ played with others. When one of these games ends up with Virginia being pregnant with Brett’s child inBeyond The Edge, Leo is arguably the person who keeps the coolest head among all involved, and with his help tempestuous reactions soon calm down again. 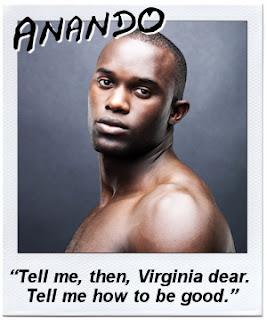 Anando is Virginia’s vampire partner. For years, he used Brett’s club as his hunting grounds, and found there humans to take to his bed for a night - and to feed from, without killing. When he met Virginia, he didn’t expect her to be any different, but as they met again and again in the Out of the Box series, their relationship grew more intense than he expected, or was ready for. He tried to end things, but had to admit to himself that he did want more from her, like she did from him.

In the first series and the sequel Living Out of the Box, Anando helps Virginia explore her sexuality, presenting to her games in which her inhibitions are challenged over and over. He is the one who brings Virginia and Brett to the same bed in Beyond The Edge, and while he is happy about her pregnancy and immediately claims the child as his, he does have mixed feelings about the role Brett played—and still has to play—in the baby’s life.

If you’d like to know more about any of these gentlemen, I invite you to pick up one of their stories. You can also get the first Out of the Box short story for free from my website and several retailers, and my blog includes several short flash fiction pieces about the On The Edge trio.

I’d also like to invite you to take part in the giveaway below… One lucky winner will get the swag pictured (two signed bookmarks, a magnet, romance trading card, two cards and a stick of lip balm). Just enter the Rafflecopter giveaway, and if you comment be sure to tell me which of these men intrigues you most!

I am also running a big tour giveaway on my blog with gift cards for $25 and $15 as prizes. I’d love for you to come by and play with me!

Kallysten’s most exciting accomplishment to date was to cross a few thousand miles and an ocean to pursue (and catch!) the love of her life. She has been writing for over fifteen years, and always enjoyed sharing her stories and listening to the readers' reactions. After playing with science fiction, short stories and poetry, she is now trying her hand, heart and words at paranormal romance novels.

To see her other stories, including free short stories and sample chapters, visit http://original.kallysten.net 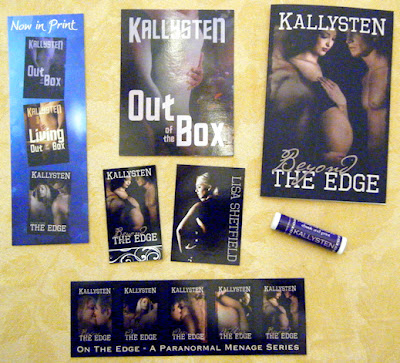 a Rafflecopter giveaway
Posted by lindsey hutchison @ United By Books at 6:16 PM

Please enter me into the contest

I wouldnt turn down any of them. :)

Well I wouldn't say no to a drink with any of them. But if I had to pick just one would have to say Leo.

I´d join any one of them for a drink =)
Happy Thursday!
//Linda

Anando has always been my favorite by Leo definitely shown in this book!

Leo oh baby yes he can "talk" to me anytime

Thank you all for playing!

It's great to get more insight to all the guys I've been hearing so much about. Thanks for more info about what makes them "tick"