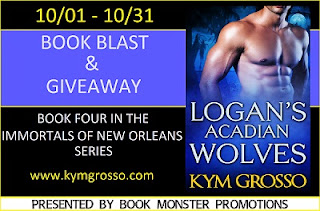 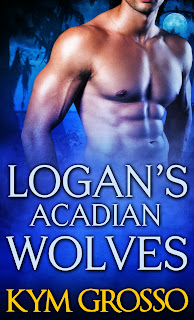 Deep in the heart of New Orleans, Acadian Wolves’ Alpha, Logan Reynaud, rescues a beautiful woman in the dead of night. Intrigued by the mysterious human, the commanding Alpha is determined to elicit all of her secrets, including her deepest fantasies. After tragedy strikes, Logan discovers dangerous adversaries are planning an attack in his city. Driven by responsibility and honor, Logan must protect both his pack and the woman who’s captivated his attention.

Dr. Wynter Ryan, a leading virologist, is fascinated with her charismatic protector. As the chemistry ignites between her and the dominant Alpha, she relinquishes her ties to the past, embracing ecstasy and submission within his arms and intrepidly acquiescing to her own adventurous instincts. Succumbing to desire, she learns to trust her Alpha, discovering what it means to be wolf.

Passion and mystery on the bayou stirs Logan’s wolf, demanding he claim his mate. Yet Wynter’s a distraction he can’t afford when his priority is to lead his new pack. Will Logan surrender to the uncontrollable need to claimWynter as his mate? And will he be able to keep her alive, finding the killer who threatens the Acadian Wolves?

******** EXCERPT ********
Wynter barely saw him coming. Logan leapt across the room, and as his body touched hers, she gasped. His hands pressed hard against the glass on either side of her head. The masculine scent of him wafted into her nose and she fought the instinct to rub her face against his chest. Oh God, what had she done? How could she be so stupid as to challenge an Alpha? She really must be sick.Unable to speak, she held still. Initially charged with fear, she realized very quickly that he wasn’t hurting her. The tension between them escalated with every minute of silence that passed. And then she felt him, his nose grazing along the side of her neck. A small moan escaped her lips.
At the challenge, Logan strode across the room, pinning her against the wall. He had to smell her, taste her. Why would she deny her wolf? Why play games? Logan didn’t want to hurt her. Oh no. If anything, he’d like to give her pleasure like she’d never known. But she kept insisting she was human. If she wanted to play, play he would. She was wolf, and he’d prove it to her. But as her sweet scent engulfed his senses, he began to lose control. His wolf clawed at his psyche, begging to take the woman. Like freshly cut roses, the heavenly aroma was familiar yet altogether unique and desirable, although her wolf lingered on the edge; she was there, he could scent her.
In an effort to prevent himself from ravishing her right there in his office, Logan plastered his hands so hard against the window, he thought it’d crack. At the sound of her moan, he darted his tongue out against her silky skin. He had to taste her. Just once. Ah fuck, no; his wolf wanted more. Eyes feral, he locked them with hers, taking her arm. He placed a small kiss to her palm before dragging his tongue along her wrist all the way to the crook of her elbow, releasing a growl of satisfaction.
Wynter’s heart pounded as he gently took her arm into his hands. She shivered as he pushed up her sleeve and brought her delicate wrist to his lips. Wet with arousal, she couldn’t break their connection as she stared deep into his mesmerizing eyes. Oh my God. Wolf. Human. I’ll be whatever you want me to be...just please, just take me.Wynter thought her knees would give out, except he had her pressed up against the window. Lost in his spell, she responded by nudging her own hips against his hard arousal as he tasted her skin.
Logan groaned as the territorial need to take her consumed him. He needed to get things under control.Jax. Fucking, goddamned Jax. His name alone should have killed his raging hard on, but it wasn’t helping one damn bit. No, he needed to separate himself from her before he tore her clothes off. He closed his eyes and blew out a breath, but didn’t release her.
“Wolf,” he breathed into her hair. 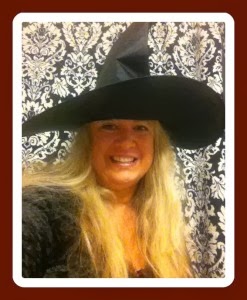 10/15 For the Love of Bookends
http://loveofbookends.blogspot.com/

10/17 Musings From An Addicted Reader
http://musingsfromanaddictedreader.blogspot.com/

10/23 Where the Night Kind Roam
http://paranormalromancenovel.com

10/25 Miscellaneous Thoughts of a Bookaholic
http://miscellaneousthoughtsofabookaholic.blogspot.com/

10/27 Ramblings From This Chick
http://ramblingsfromthischick.blogspot.com

10/27 Words of Wisdom from The Scarf Princess
http://wowfromthescarfprincess.blogspot.com

5 RUNNERS-UP:  will receive an eBook of their choice from one of the first three books in the series, either KADE'S DARK EMBRACE , LUCA'S MAGIC EMBRACE or TRISTAN'S LYCEUM WOLVES 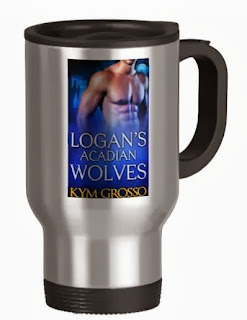 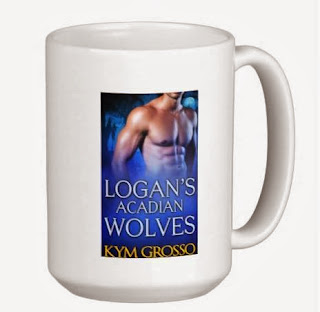 a Rafflecopter giveaway
Posted by lindsey hutchison @ United By Books at 12:00 AM

Thanks so much for hosting me today! I really appreciate the opportunity to share my new release with you and your readers! :-) :-)