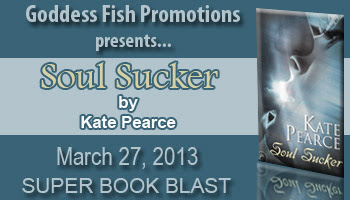 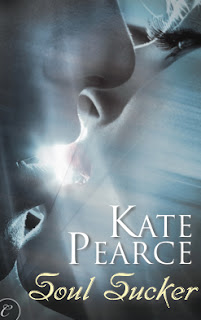 Supernatural Branch of Law Enforcement empath Ella Walsh sucks memories from people's heads. The job fills her mind with others' nightmares and leaves her with little time for love, but if she doesn't pair off with a mate of the government's choosing soon, the psychic blowback will destroy her powers and her sanity.

The last time shapeshifting SBLE superstar Vadim Morosov worked with an empath, he got her killed and himself assigned to a desk. He worries about taking on another partner, but helping Ella track down an empath killer might be his only chance to save his career.

Naturally, the government decides to throw them together.

They resist at first, but they can't deny the simmering heat between them. As the killer's strikes grow closer to home, their bond gets tighter. And when the murderer finally traps Ella, her developing link with Vadim might be the only thing that can save her.

His faint color fled. “Do I have to?”

“It would help me pinpoint exactly where I have to go to find this...anomaly.”

“Well, it uses the flower as camouflage. It’s skilled at hiding in anything.”

He held her gaze. “You’re serious, aren’t you?”

“I sure am. Now would you mind closing your eyes while you tell me what happened? It will help you visualize the scene.”

It would also help Ella identify exactly what had attacked him and then erase it from his memory. One of her class tutors had likened using empath power on the human mind to erasing a song from a cassette tape or an image from a VCR and, even though it was old school, she kind of liked that idea. It was also why she always told the victim the truth about what they’d seen before she erased the memories. It seemed to help them recover more quickly without leaving a lingering suspicion that they were going nuts.

Mr. Knight sighed and closed his eyes. She closed hers too and concentrated on extracting the images from his head.

“Okay, I was taking a shortcut through the park near the Japanese Tea Gardens when I thought I heard someone call my name. I had my ear buds in, so I took them out and looked around.” He swallowed convulsively. “I walked toward one of the flowerbeds and something tapped me on the shoulder. I turned and there was this weird face staring out at me from the center of this huge sunflower.” 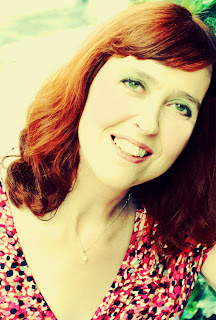 Award winning author, Kate Pearce was born into a large family of girls in England, and spent much of her childhood living very happily in a dream world. Despite being told that she really needed to 'get with the program', she graduated from the University College of Wales with an honors degree in history.

A move to the USA finally allowed her to fulfill her dreams and sit down and write her first romance novel. Kate is published by Signet Eclipse, Kensington Aphrodisia, Ellora's Cave, Carina Press, Cleis Press and Virgin Black Lace/Cheek.
you can find her at:
Website / Facebook / Goodreads  / Twitter

********* GIVEAWAY *********
Kate will be awarding a $25 Amazon or B&N GC, winner's choice, to two randomly drawn commenters during the tour, and a $10 Amazon or B&N GC,winner's choice, to a randomly drawn host. So make sure you leave an email address in case you are the lucky winner. For more chances to enter you can follow the tour HERE
Posted by lindsey hutchison @ United By Books at 12:01 AM

Nice excerpt, though a bit of a teaser.

What an exciting book! Enjoyed the excerpt. Thanks for the giveaway.
bhometchko(at)hotmail(dot)com

I'm hooked with that teaser!

Thanks everyone! It was such a fun book to write, I can't wait to see what readers make of it. :)

You really have to look at the cover. It's like one of those optical illusions at first! Once I looked at it, it really is beautiful.
catherinelee100 at gmail dot com

Well I look forward to see if the book will be as good as the excerpts ;)

Love your books and am looking forward to this one.

Love the cover and the story line! Thanks for sharing the excerpts!