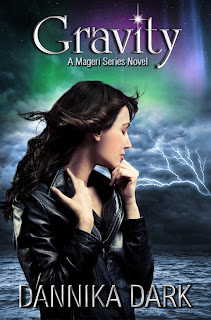 When a choice is made, it will forever alter the course of our destiny. It cannot be undone, for fate is a river changing direction and carving away the bed of our hearts like everlasting fractures.

A difficult past has left Silver broken, but she is learning to trust again through Logan Cross, a Chitah who has convinced her that a dangerous man can change. Their conviction for each other will be put to the ultimate test when an old nemesis reappears and flips her world upside down. Will Logan be able to tame the animal within, or will he succumb to his impulsive nature?

The ongoing investigation into Breed experiments unveils a shocking secret about Silver’s past. Standing at a fork in the road, Silver is forced to make a decision. Each comes with consequence, and there is no turning back.


I love them all for different reasons, but I do find myself going through “love” phases where one of them gets stuck in my head. Maybe I’m working on their storyline, or perhaps they don’t think they were given enough page time and decide to throw a mental tantrum in my head. (Trust me, nobody wants Simon in their head when he’s in one of his moods)


But I always seem to come back to one character: Justus De Gradi. He’s a Mage who was born several hundreds of years ago. To physically describe him, he has a well-conditioned body, thanks to a strict workout regimen, he’s serious, works for an investigative organization called HALO, and is a Charmer who cannot keep the ladies away.


Maybe the simple reason I have such a connection to him is that he’s the only character that transitioned over from my first book into The Mageri Series. Something about him fascinated me, and I felt like he centered the story. Justus has been the most difficult to understand with the most walls built up. He’s critical, arrogant, spoiled by women, and believes that expensive things project success. Yet, he is also a man of honor, one who follows a moral code and does the right thing. There is a duality to him that I find him fascinating, and it’s been a wonderful experience to be able to uncover some truths about his past that reveal why he is the man we know today.


I don’t map every detail about my characters ahead of time. I enjoy the journey, and believe it or not, they do talk. They step off the page and gain a voice of their own.


Justus is devoted to his job, but underneath the surface, you sense that he craves building relationships with people even though he doesn’t like physical contact. But it’s a certain type of physical contact he doesn’t enjoy, one of an affectionate and intimate nature. He never touches a woman during intercourse, and will pull away if you do something as simple as touching his cheek. I looooove that about him. A man who cannot touch a woman intimately, a man who cages his emotions, a man who allows a woman to use his body but not his heart, a man who has the capability to love, but the inability to risk the consequences.


I think a lot of readers had difficulty warming up to him in “Sterling” because we’re only seeing that first introduction of who he is, but not getting to the meat of the story. By Impulse, I think he won a few people over. We are all more than what we allow others to see. We all have our own story, and I’ve enjoyed being able to weave his into the series.


Yeah, I’d say that Justus has always been a favorite. In a strange way, I feel like I’ve known him longer than the others because I first wrote him in another book that I never finished and gave up on. He pretty much snapped his finger at me and told me to do it again.


“It is not the easy road that makes us capable of great things. It is the hard journey that leads to a greater destiny. You can never rise if you never have anything to rise above.” 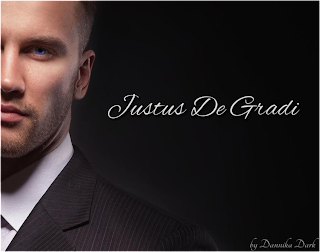 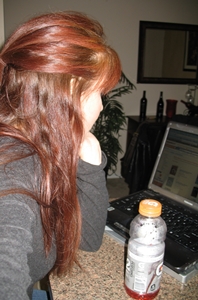 Down in Texas, there's a woman who drinks copious amounts of vitamin water placed precariously close to her laptop. Yeah, I know. I've got a drinking problem. Hi, I'm Danni
When I'm not writing (which is all the time), I'm listening to obscure music, watching movies, reading, discovering new ways to humiliate myself bowling, and burning up my laptop battery on the internet. I live with a cat who thinks she is a dog, or a goat (she eats plastic, so I'm not sure which).


Some people count sheep when they have insomnia. Since I was little, I used to make up stories in my head in a futile attempt to bore myself to sleep. The problem was, I'd get so wrapped up in my "head stories" that I would continue them through the following nights, changing it up each time to make it more exciting. Eventually, I started writing my ideas down more and more, creating short stories which evolved into poetry.


Lots and lots of poetry. It's almost embarrassing that I have an entire box loaded with spiral notebooks filled with furious, heartfelt, and blushing words. Apparently, I had a lot to say.


Another one of my hobbies is digital art. I designed all my book covers.


I am finally doing what I have always wanted to: giving my characters a pulse through publishing. I write adult urban fantasy romance, but I don't like labels. I let the story tell itself, and color outside the lines. I am not a YA author, but I think it’s pretty great that there are so many books available to teens in Urban Fantasy and Paranormal. These are the future readers!


The work that goes behind self publishing is hard work, I won't lie. On top of my regular day job: I write, edit, format, create cover art, and market.


1 e-copy of any Dannika Dark title 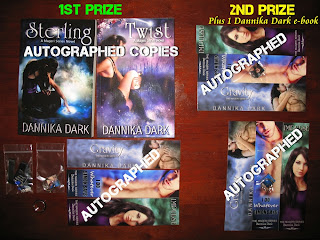 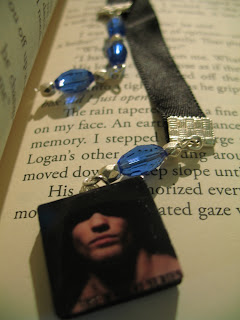 a Rafflecopter giveaway
Posted by lindsey hutchison @ United By Books at 12:02 AM

This one I WANT.

Sounds like an interesting read and thanks for the giveaway

Looking forward to read it!!!! Thanks so much for this giveaway!!!
:)