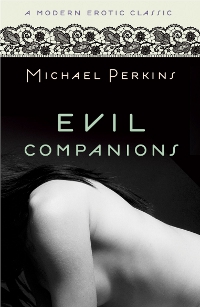 ******** EXCERPT ********
Some of what happened to us, what we did to each other, might have been prevented. But we had gotten aboard a roller coaster, and it was a race for our lives, on a one-way track.

Circumstances, the mood of the time, made our explorations seem natural, forecast in all our stars. Most of them I haven’t seen in years, and wouldn’t care to—except for Anne, that is. I’ve waited for her to come back, to finish the story. Maybe she won’t because it doesn’t have an end, or because neither of us wants it to end.

Our life together was a story we told each other at night, and we were always careful to consider the obligations of plot and character. Anne, especially, watched the dialogue and considered speech patterns, having decided that the nuances of conversation and sound often tell the listener more than a character would ordinarily want to tell. I had the same feeling about faces. We did more than tell each other stories at night, though; we lived our whole lives then, like—vampires. History is made at night, said Frank Borzage.

We met during rehearsals of a play I was doing in a café theatre on the East Side. She sat at a table on the side sipping coffee through a straw, and she looked ready to scream. She was with friends, some people I knew slightly and hated. It was obvious she was with them, but not of them. They ignored each other. The play was dingy and amateurish, and I became quite loud in my objections to it; I had the lead, but I had taken it in desperation, looking for anything to rouse me from my lethargy. The actress I was working with missed her cue for the third time and I exploded, cursing her, the director, and the script, which I felt no affinity with.

Something hit me in the middle of the back—the girl at the table had thrown her coffee at me. I stood frozen, feeling the hot liquid run down my back.

“You fucking faggot son-of-a-bitch! You actor! If you weren’t so goddamned illiterate, you could handle that script!” Everyone just looked at her. As quickly as she had flared up, she calmed down, and sank back into her seat. She looked so embarrassed she might have sunk into the floor.

I didn’t say anything; I went to the men’s room and cleaned myself off as well as I could. Then I sat on the toilet and smoked a cigarette. When I got up, I went straight to her table. She got up to join me without a word.

“Come on, let’s take a walk,” I said. It was already dark outside. I hadn’t realized I had been working so long. She had a peculiar gait, like a sailor’s; we walked along. “Did I hurt you?” she asked me. “Let me see.” She pushed me in a doorway and slipped her hand around so she could feel my back. Her hand slipped up under my coat and over my buttocks with a man’s urgent touch. “You’re still wet. Come home with me and you can get dried off.” It was practically a command. She took my hand as if it were already a part of her, ready to pull me
along if I hesitated.

The building she lived in was one part tenement and two parts gingerbread house. I went galumphing up the stairs behind her, noticing the runs in her stockings. She wore stocking with seams down the back, those clay-colored things my mother used to wear.

Her apartment had its own particular smell, an aromatic combination I have never been able to forget: a hideous incense called Dhoop, marijuana, and an exciting odor of pure, raw sex,
mixed with the smell of her cats. She had five of them; the leader was an old gray tom she called Wino, who was missing one eye and any sense of decorum. I learned that it wasn’t unusual for him to leap on guests with his claws out, or to urinate in the middle of the floor and stand there proudly, daring you to rebuke him. I wanted to call him Jean Genet.

She still had my hand. She pulled me in the bedroom, but it was occupied by a young Puerto Rican who was rolling his eyes at the ceiling. As soon as he saw us, he rolled off and staggered out into the other room.

“Sit down and take off your pants.” I sat on the bed and watched her move around. She seemed unconscious of my presence as she took off her clothes. When she was naked in the
red light she sat down beside me and, without a word, unbuckled my belt and pulled my trousers off.

“Don’t be uptight. You’re an actor, aren’t you? Here’s a situation you can play your heart out in.”

“Oh man, don’t be muley! You act like a thickhead. It’s hot inhere, take off those damn clothes. I don’t trust anybody in clothes.” I did what she asked. My scrotum was tight and
wrinkled, and I felt like washing my feet. I noticed that hers were black. Her breasts were small and sharp, the nipples blood red.

She noticed me looking at them.

“Touch. Go on. Then maybe you’ll feel better,” she said dispassionately. I dragged my underwear over my crotch and sat back, away from her. “What’s the matter? Is my hostility
showing?” she asked.

“Whatever the fuck this game is. What’s your name, anyway?”

“Well, Anne, what’s the game? I thought you hated me. It was a bad script.”

“If you thought that, you wouldn’t have come home with me. You’re out in the cold. I could tell that when I first saw you.”

*****
Other Modern Erotic Classics available:
The Houdini Girl by Martyn Bedford
Lie to Me by Tamara Faith Berger
The Phallus of Osiris by Valentina Cilescu
Kiss of Death by Valentina Cilescu
The Flesh Constrained by Cleo Cordell
The Flesh Endures by Cleo Cordell
Hogg by Samuel R. Delany
The Tides of Lust by Samuel R. Delany
Sad Sister by Florence Dugas
The Ties That Bind by Vanessa Duriés
Dark Ride by Kent Harrington
3 by Julie Hilden
Neptune & Surf by Marilyn Jaye Lewis
Violent Silence by Paul Mayersberg
Homme Fatale by Paul Mayersberg
The Agency by David Meltzer
Burn by Michael Perkins
Dark Matter by Michael Perkins
Evil Companions by Michael Perkins
Beautiful Losers by Remittance Girl
Meeting the Master by Elissa Wald
Posted by lindsey hutchison @ United By Books at 12:00 AM