Release Day Blitz ~ A Soul For Vengeance by Crista McHugh 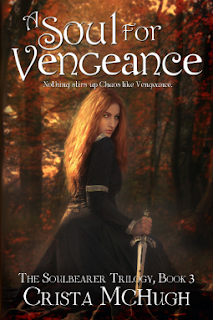 Book 3 of the Soulbearer Trilogy

When Prince Kell returns to Ranello, he finds his homeland in ashes. The invaders from Thallus destroyed everything he held dear, leaving him heir to a throne he can’t claim. The thirst for vengeance consumes him and drives him right into the arms of the most unlikely of rebel leaders.

Zara has fought for months to keep the hopes of the Ranellian people alive. Finding Kell is just the thing their dying rebellion needs. But as she tries to soothe Kell’s bitterness and turn him into the leader he’s meant to be, she finds herself desiring the one man she believes she’ll never have. A man whose heart was broken by a yellow-haired witch named Arden Soulbearer. 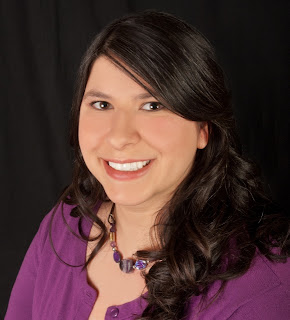 Growing up in small town Alabama, I relied on story-telling as a natural way for me to pass the time and keep my two younger sisters entertained.
I currently live in the Audi-filled suburbs of Seattle with my husband and daughter, maintaining my alter ego of mild-mannered physician by day while I continue to pursue writing on nights and weekends.
I am an active member of the Romance Writers of America (including the FF&P ,Greater Seattle Chapter, ESPAN, Passionate Ink, and the SeattleEastsideChapters),  Absolute Write, and Romance Divas.
Just for laughs, here are some of the jobs I’ve had in the past to pay the bills: barista, bartender, sommelier, stagehand, actress, morgue attendant, and autopsy assistant.
And I’m also a recovering LARPer. (I blame it on my crazy college days)