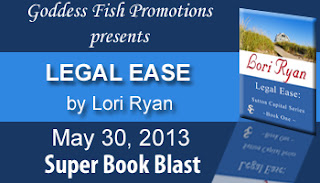 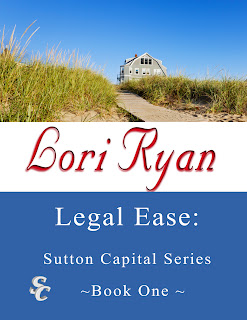 Jack Sutton needs a wife and he needs one now. Jack loved his mother, but she really screwed him over when she set up her will. If Jack doesn’t have a wife by the end of the week, he’ll lose control of the largest chunk of voting stock in his company and will most likely lose his position as CEO as a result.


And Jack’s Aunt Mabry is waiting in the wings to make sure that the terms of the will are enforced. If he doesn’t find a wife, she’ll seize control of the stock so she can install her own son at the helm and she couldn’t care less that her son doesn’t want the job or that he probably won’t be any good at it.


Enter Kelly Bradley, a twenty eight year old college graduate with a spot at Yale Law School but no way to pay for it. Kelly and Jack’s eavesdropping secretary have discovered Jack’s secret need for a wife and Kelly comes up with a plan to fix both of their problems.


Just when Jack needs her, Kelly breezes into his office, introduces herself to his Aunt and cousin, and hands Jack an offer. She will marry him for a year so that he can retain the stock that will keep him in control of Sutton Development if he’ll pay for her to go to law school. Jack has no idea where his beautiful savior came from or who she is but he’s willing to take a chance to save it all.


​The deal may have kept Jack in control at Sutton Development but his private life quickly spirals out of control. Just when Jack realizes that he wants more than a year with Kelly, his wealth puts her in great danger and he is left scrambling to save her life and their future together. ​

******** EXCERPT ********
Kelly swallowed hard as she heard Jack’s answer to her ‘proposal.’ She was relieved he was going along with it, but a tight ball of nerves had been growing in her stomach since she walked in the room and she felt that ball taking over her entire being.


Chad, with a look on his face that promised Jack would be grilled for details later, excused himself to return to his office. Kelly watched Jack out of the corner of her eye as she continued to talk to his aunt. She had seen Jack Sutton on occasion coming in and out of the building when she’d met Jennie for lunch and Jennie had told her he was handsome, but handsome didn’t even begin to describe the man.


Jack was tall, at least six foot three or four inches. He had dark brown hair that curled up at the edge of his collar. His eyes were a rich, deep brown, almost mahogany, and his face had chiseled features with a strong jaw. There wasn’t a damn thing about the man that didn’t sizzle.


He wore a suit, but even in that Kelly could see that his body was hard and fit under it – his tall, lean form toned and strong. His intense gaze made Kelly’s breath go ragged and she couldn’t imagine what it would be like to be alone in the room with him if he had this kind of effect on her with his aunt and cousin with them.


Jack sat on the edge of his desk, legs stretched out and crossed at the ankles in front of him, arms crossed over his chest. He watched her quietly while Kelly finished chatting with his aunt.


Kelly wrapped things up and ushered Aunt Mabry out the door by four o’clock as she made excuses about Jack needing to get back to work. She closed the door behind his aunt and turned to Jack. That’s when Kelly felt the ground fall out from under her and her world tilt on its axis.


Suddenly, she faced Jack Sutton. Kelly found herself feeling very shaken, to say the least. She looked up at Jack and realized that, in essence, she had just waltzed into his office and proposed.


“I can’t believe I just did that,” Kelly began to pace frantically. She wrapped her arms around her waist and circled the room.


“Oh God, oh God, oh God,” she said and she began to feel like she might hyperventilate. She slid down onto the couch that sat along the longest wall in Jack’s office and tried to breath but ended up taking in huge gulps of air that felt as if they might choke her. For the first time since she came up with her hair-brained scheme to get her hands on enough money to attend Yale Law School by marrying Jack Sutton, the reality of what she had just done hit her like a ton of bricks. 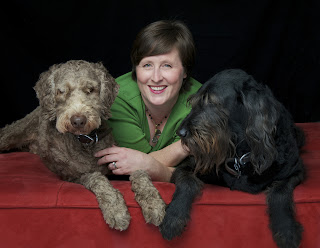 Lori has had a number of careers before embarking on her newest adventure of writing novels. After graduating from the University of Connecticut School of Law, she practiced law for three years, working primarily in the areas of utilities law and intellectual property litigation.


Lori still lives in Austin with her husband -- who is endlessly supportive of her changing career paths -- and her two children, one cat, and three dogs.


Want to be a part of my online street team? Email me at Loriryanauthor@gmail.com and put the words ‘street team’ in the subject line. I’ll email you back with directions for joining my team.


To join my email list to receive updates and news, including sneak peeks and free giveaways or contest news, visit http://www.loriryanromance.com/#!join-my-mailing-list/cdpp.

Please make sure you leave an email address in case you are the lucky winner. For more chances to enter you can follow the tour HERE
Posted by lindsey hutchison @ United By Books at 12:00 AM

WOW! This book sounds great and so does Jack Sutton ;) Thank you for the giveaway!
sandersknc@yahoo.com

Thank you for hosting!

Thanks for the chance to win. I really enjoy these book blasts!
kareninnc at gmail dot com